The client is a European-based financial corporation providing multiple financial products for almost 10 million individual clients in more than 10 countries in Europe and Asia. The company administers a complex and diversified network infrastructure serving more than 50,000 employees in more than 1000 physical locations.

Prior to the implementation of GREYCORTEX MENDEL the Corporation identified its main challenges:

The network is highly diversified in terms of the types of devices and the number of network segments. It is rapidly expanding and there is high fluctuation in the number of users, with hundreds of new devices owned and administered by corporate subsidiaries, and more importantly, a very diverse portfolio of business partners (from sole entrepreneurs to corporations).

Inability to address the challenges with present IT security infrastructure:

The Corporation had previously implemented a relatively robust IT security infrastructure that proved to be incapable of providing optimal answers to these challenges.

– Simple NetFlow collection and analysis had been implemented, but it provided limited anomaly detection capabilities that were sufficient for the network administration, but not for the IT department (e.g. detection of abnormal user behavior and breaches of security policies).

– Together with SIEM and flow processors, these technologies provided a very powerful security insights into the network (e.g. what data are fl owing, what apps are used). However, the network was missing a robust network behavioral analysis capability which would boost the SIEM capabilities was missing.

– The Corporation was challenged by uncertainty as to whether the NetFlow collection or the SIEM provided suffiient context and contextual data for forensic analysis, and by security incident investigation, which proved to be inflexible and time-consuming.

– Network threat detection based on behavioral analysis in sandboxes was considered. Given the Corporation’s demands for network bandwidth, and its complicated network topology, this option would have seen overly expensive.

– A dedicated tool for forensic analysis based on recording all network packets (TCP dump) was ruled out because it would not meet EU traffic interception rules.

– Several other dedicated tools for forensic analysis were considered but proved to provide a low added value.

Several technologies considered proved to be too costly or with little value added:

Robust Behavioral Analysis and Other Advantages

GREYCORTEX MENDEL provided an optimal answer to the Corporation’s challenges:

– MENDEL’s behavioral analysis engine is particularly effective against advanced unknown threats and for the detection of suspicious network behavior, while keeping operational costs down. In contrast to the vast majority of other behavioral analysis tools, it is not dependent on manual rules set (thresholds). A set of specific rules is automatically generated and continuously adapted based on normal network behavior (of the entire network, each subnetwork, host, and service).

– Several unique specialized detection algorithms are used to detect remote access trojans (RATs) and several other advanced threats. This detection is based on similar behavior profiles (e.g. machine-like behavior that is different from human behavior).

– MENDEL’s signature-based engine detects threats inside the network, at the network perimeter, providing additional layers of security to the primary IDS.

– Apart from NetFlow, MENDEL also analyzes network communication metadata and stores it for six to nine months (more with additional storage). This provides contextual and content awareness that is crucial for forensic analysis (while avoiding the legal problems associated with unlawful surveillance and making relatively low demands on storage capacity).

GREYCORTEX MENDEL was deployed in order to analyze all available traffic from network segments at the headquarters layer and at the perimeter (three probes and one collector were deployed). Additionally, the security department utilized the opportunity for role-based access control for network administrators of corporate subsidiaries and business partners. This gave administrators have more security awareness of their network segments.

GREYCORTEX MENDEL provided high added value in several aspects. – The risk assessment capabilities of MENDEL helped the department stay more focused and greatly improved its operation, both in time savings while executing a range of important tasks, and in producing better and faster incident responses. – With its robust and easy browsing and filtering, security incidents were analyzed with little time investment. – GREYCORTEX MENDEL quickly proved its effectiveness and capability. It reported several serious security incidents (see table below), both at the network perimeter and inside the network which were easily investigated which received quick responses from the Corporation’s IT team. In addition to the main needs of the client, access to the MENDEL user interface for lower level administrators helped to greatly to improve communication between network administrators and the security department both within the Corporation, and in its subsidiaries and business partners. These network administrators could be included in the investigation and response of incidents with greatly improved work efficiency as a result. 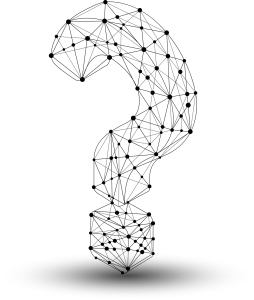 Do you have any question?

Please leave us your contact details so we can deliver a personalized offer tailored to your company’s needs.